Adam Hall is an accomplished trumpeter, vocalist and composer who started playing at the age of 10. In his early career, Adam played at the Sydney Olympics and was Artist in Residence at famed Singapore jazz club, Southbridge Jazz Club. He has worked with numerous talents such as James Morrison, Don Burrows, former leader of the Count Basie Orchestra, Frank Foster, Shirley Horn’s band, Vanessa Amorosi and Grace Knight, just to name a few. He featured on Bluesin’ The Groove’s 2013 album Mess Around which won the Blues Album Of The Year Award in Germany.

In 2005, Adam Hall & The Velvet Playboys was froemd. The band is an institution in Perth and is renown for their captivating live performances marked by slick presentation and raw energy. The band features some of Western Australia’s finest musicians including Marker Turner on guitar, Anthony Dodos on trombone, Matthew Hanson on drums, Kate Pass on double bass and Ronan Chapple on keys.

The band’s repertoire is rooted in the jazz and R&B music of the 40s and 50s and is inspired by the music of Ray Charles, Frank Sinatra, Harry Connick Jr and The Blues Brothers, to name a few. They have 4 albums to their name which feature amazing originals and unique arrangements of contemporary hits.

Adam Hall & The Velvet Playboys was nominated for the Best Jazz Act Award at the 2010 West Australia Music Industry Awards and have been a big hit at major festivals and events around Australia and beyond.  They have gone on to tour with legendary R&B saxophonist Big Jay McNeely, played shows with legends Syl Johnson and Betty Harris and opened for artists like UB40 and Nile Rogers.

Alemay Fernandez is hailed by TimeOut Magazine as one of Singapore’s “most loved entertainers” and is famed for her sultry tone, powerhouse vocals and a magnetic onstage presence. She has performed with the likes of The Count Basie Orchestra, and David Foster, and has opened for Laura Fygi and Incognito.

Adam Hall & The Velvet Playboys feat. Alemay Fernandez are going to electrify on Sunday 2 April at the #SingJazz2017 Main Stage! 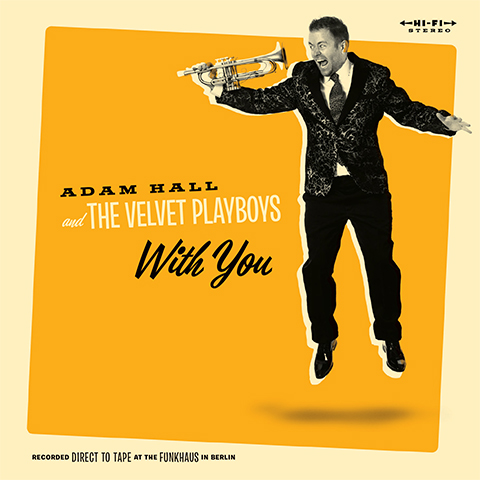