The Aaron James Lee Trio brings together 3 of Singapore’s top musicians for an exploration of swing music.

Aaron James Lee is a drummer, composer and educator. He had his start professionally at a very young age when he won the Singapore DrumFest Drum Challenge Asia (U12 category). Since then, Lee has made his mark both internationally and locally in the jazz and R&B scenes as drummer for local acid-jazz outfit The Steve McQueens. Lee has worked with founder of acid-jazz supergroup Incognito, Blue Jean Paul Maunick, at Livingston Studios where the band recorded their first full-length album. The band has also performed at The O2 in London, Indonesia’s Java Jazz Festival, Tokyo’s Summer Sonic Festival and Singapore’s Mosaic Music Festival.

Guitarist Andrew Lim has been an integral part of the jazz scene locally and abroad since 2001. His soulful style and reverence for melodies have endeared him to audiences throughout the world as well as the musicians he’s worked with. His music has been described as revealing “a rare sensitivity, instrumental virtuosity”.

Chong Kerong has established himself as one of Singapore’s most versatile talents. Since graduating from the Manhattan School of Music with a Master’s degree in jazz performance, he has developed into a striking pianist, organist and composer whose work exhibits a keen intellect combined with emotional depth. To date, Kerong has performed with distinguished artists such as saxophonist Steve Wilson, drummer John Riley, guitarist Yotam Silberstein and trumpeter Alex Sipiagin. While known primarily as a jazz pianist and organist, Kerong is also active as a composer and arranger, and his work has been performed by artists nd ensembles such as Jeremy Monteiro, Rani Singam, T’ang Quartet, the Singapore Wind Symphony and his own chamber ensemble, ELEVEN. Kerong is also a key member of the Mothership, an ensemble led by singer-songwriter Charlie Lim.

Catch this amazing swing music organ trio when they take to the stage on Friday 31 March at the #SingJazz2017 Main Stage! 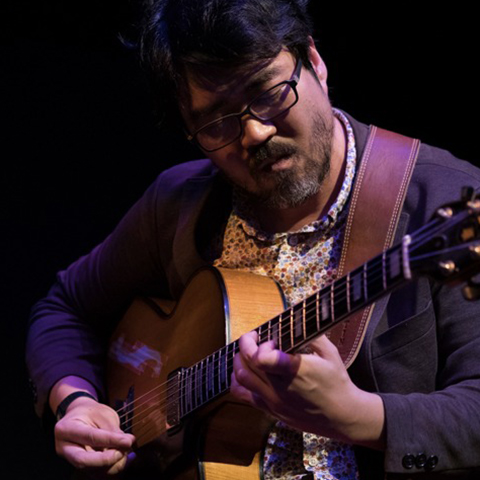