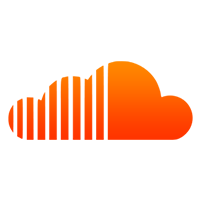 Sebastien Tellier is one of the most significant French artists of the last decade. He is the 2000s’ romantic dandy, a real icon proved by his musical genius though enigmatic nonchalant style and his sense of fun.

One of Sebastien’s most prominent and championed songs is La Ritournelle, a sublime, string-led epic and undisputed nouveau classic. The track was simply described by the NME as “Basically Unfinished Sympathy Pt II”? and upon first hearing La Ritournelle influential DJ Tom Middleton said ?“I had to pull over to the side of the road & weep”.

His most recent and third studio album Sexuality (2008) was produced by Daft Punk’s Guy-Manuel de Homem-Christo and was Tellier’s musical statement of intent for lovemaking: emotional, hypnotic and oozing with sensuality. With blissfully understated vocals, conveying a barely suppressed passion, Tellier came on like a modern day Serge Gainsbourg. Musically, the album touched on everything from synthetic electro and classical, to 80’s inspired pop and disco.

Sebastien has always cut a maverick figure, constantly astounding and delighting his audiences. He will continually confound singer-songwriter stereotypes with his mercurial magic. Anyone who has seen him in action will know that his live performances are truly legendary – bizarre and beautiful in equal measure. As always, with Sebastien, expect the unexpected.